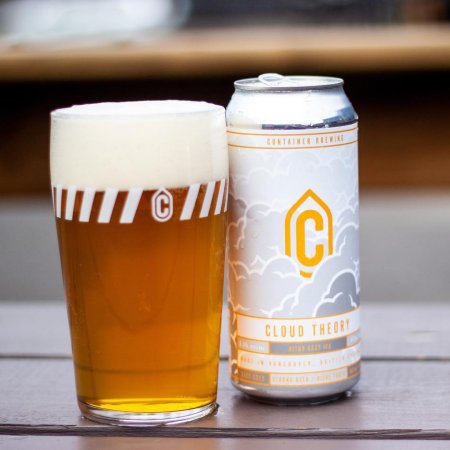 VANCOUVER, BC – Container Brewing has announced the release of a sequel to an earlier collaboration beer.

With Cloud Theory, we plan to continually experiment with this style of beer and the hops that get added to it. Hops aren’t the only thing added to beer, yeast is too. With this batch we tried something with a different yeast which resulted in a beer that’s not so hazy. Still delicious and the nitro dosing allows the Azacca, El Dorado and Simcoe hops to shine.

The brewery also notes that “while the label says hazy, it’s not… sometimes these things happen!”

The first edition of Cloud Theory is available now at the Container retail store and online shop, and next week at select private liquor stores.