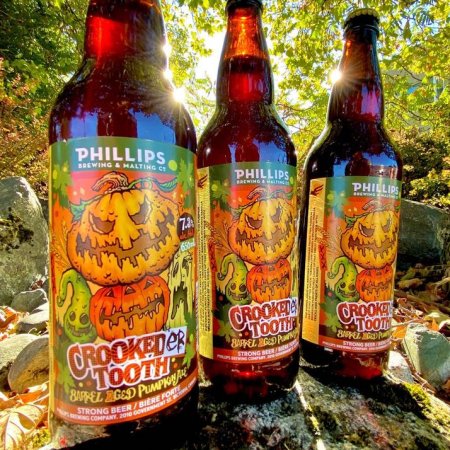 VICTORIA, BC – Phillips Brewing has announced the annual return of a popular Hallowe’en-themed seasonal beer.

Straight from the pumpkin patch and into some freshly emptied bourbon barrels, Crookeder Tooth is ready to bring an extra special treat to your Halloween season. This delicious pumpkin ale is brewed with beautifully roasted malt for a full-bodied brew with loads of fresh pumpkin. It’s then carefully aged in freshly-emptied bourbon barrels for a slightly sweet, gently spiced brew that blends fresh pumpkin flavours with soft velvet vanilla.