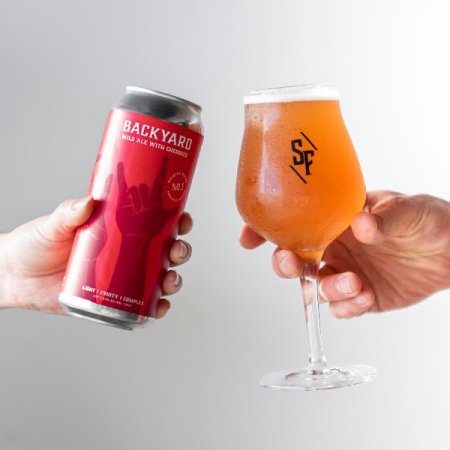 VANCOUVER, BC – Strange Fellows Brewing has announced the launch of a new series of beers that will benefit charities and causes in the brewery community.

Backyard Wild Ale with Cherries (5.4% abv) is the first release in the Helping Hands Project Series, and is described as follows:

Harvesting and brewing with wild yeast from nature (a.k.a. “wrangling”) involves patience and a willingness to embrace something unpredictable. The yeast culture used to ferment this beer began with a trip to our local community garden. After collecting and experimenting with many possible specimens, we found one that showed promise as a tasty fermenter for beer and together with cherries from the Okanagan the Backyard Wild Ale was created. The character is complex and slightly funky with a spicy almost cinnamon-like flavour and aroma.

Backyard is available now at the Strange Fellows retail store and via home delivery. $4 from each 4-pack sold will be donated to Covenant House Vancouver, an organization that “provides support, love and hope for Vancouver’s homeless and at-risk street youth.”