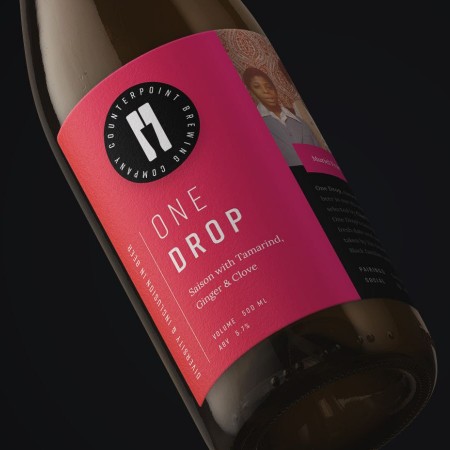 KITCHENER, ON – Counterpoint Brewing has announced the launch of a new series of beers intended to “keep the message of how our friends in the BIPOC & LGBTQ2S+ communities augment our lives.”

The Diversity & Inclusion in Beer Series will feature limited edition releases created in collaboration with local chefs and artists, with proceeds going to a scholarship fund that the brewery is in the process of establishing.

The first release in the series is One Drop (5.7% abv), which is described as follows:

One Drop is a smooth Saison with tamarind, ginger and clove. Ingredients were selected by Nyam Revival Kitchen‘s Chef Teneile Warren to honour her Jamaican heritage, and the photograph on the label is one curated by Vintage Black Canada‘s Aaron Francis that represents the first of the Black families to call Waterloo home.

One Drop is available now in the Counterpoint retail store and taproom while supplies last.