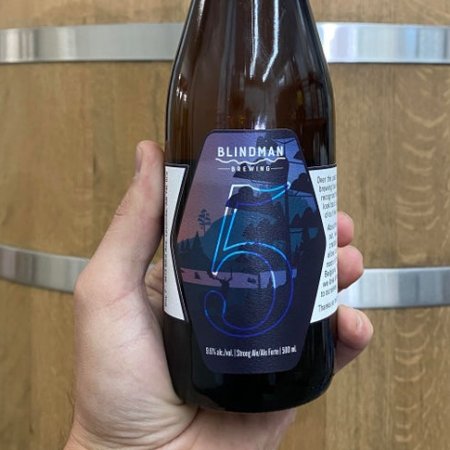 LACOMBE, AB – Blindman Brewing has announced the release of the latest in its Florida Weisse series of fruit sours, and a strong ale to celebrate the brewery’s 5th anniversary.

Raspberry & Pineapple Florida Weisse (4.5% abv) is intended to bring a taste of summer to the fall and winter months, with “a strong tart raspberry start and a pleasing sweet pineapple finish.”

Year 5 Belgian Dark Strong (9.6% abv) was brewed in May and aged for this month’s anniversary release. The brewery promises that “with notes of plum and dark brown sugar, this ‘boozy Belgian’ will keep you warm as the days grow shorter.”

Both beers will be available at the Blindman taproom and online shop, and at select beer retailers in Alberta, with the Florida Weisse sticking around until April, and Year 5 while supplies last.