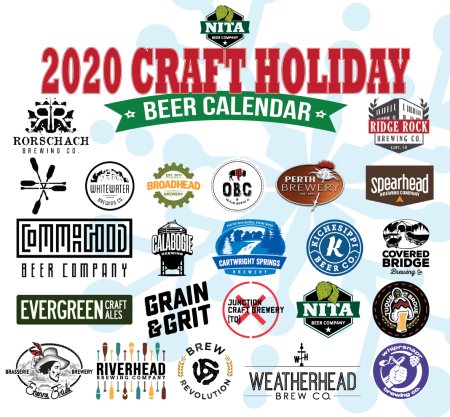 As with a traditional advent calendar, each 473 ml can of beer is marked with a number from 1 to 24, and is intended to be consumed on that date in December, leading up to Christmas on the 25th.

The Calendar can be pre-ordered online for delivery to customers throughout Ontario. A limited number of packages will also be available at select Beer Store locations, as well as at several bars and restaurants that are offering take-away beer sales. Distribution via all methods will take place in early November.

For the first time this year, Nita will also be offering a limited edition wooden case for the Calendar that can be reused for beer storage throughout the year. The cases will be sold separately via the Nita webstore, and every purchase of a Calendar until under October 19th will be entered into a draw to win a free case.

For more details, see the full announcement on the Nita Beer Co. website.