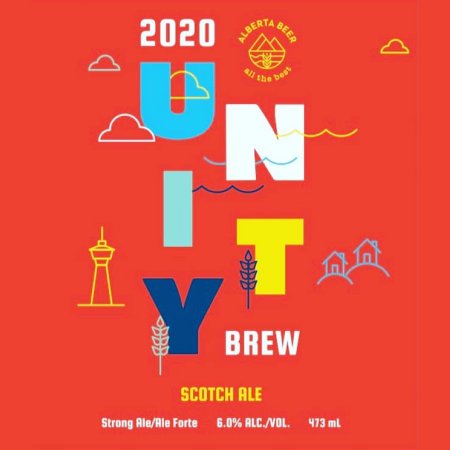 CALGARY, AB – The Alberta Small Brewers Association (ASBA) has announced the launch of Alberta Beer Week 2020 with the release of this year’s edition of the Unity Brew collaboration beer.

Due to COVID-19 restrictions, this year’s Unity Brew was brewed at five different locations – O.T. Brewing, Village Brewery and Railyard Brewing in Calgary, Canmore Brewing in Canmore, and SYC Brewing in Edmonton – with each brewery creating their own version of a Scotch Ale using ingredients donated by local suppliers and partners.

The five editions of Unity Brew Scotch Ale are available at select beer retailers, bars, and restaurants throughout Alberta, with proceeds going to benefit the ASBA.

The 2020 edition of Alberta Beer Week runs from Friday October 26th to Saturday October 24th, and will feature in-person and virtual events presented by breweries throughout the province. For more details, see the ASBA website.