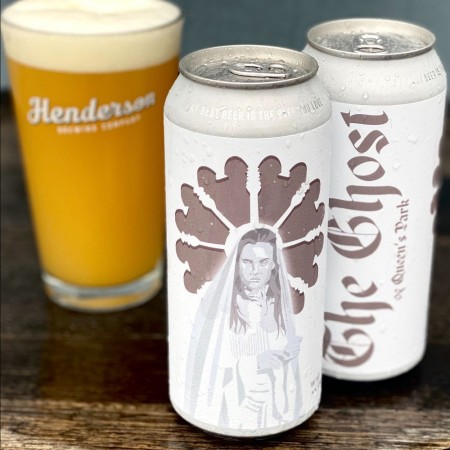 TORONTO, ON – Henderson Brewing has announced details of 54th release in its monthly Ides Series of limited edition beers, with this month’s instalment paying tribute to “a ghost who’s said to have been haunting Queen’s Park since it first opened in 1893.”

The Ghost Of Queen’s Park White IPA (6% abv) is described as “a strong Witbier with a large amount of American hop character enhancing the traditional citrus and floral notes,” and its name has the following backstory:

The original building on the site was an asylum for clinically insane women and, when it was demolished, the same limestone that once lined cells of ‘lunatics’ was incorporated into the basement walls of Queen’s Park. The White Lady is said to be a young lady who was abandoned in the asylum by her husband. Now she wanders the halls sorrowfully, long hair and white gown flowing, in the hopes of finding the man who condemned her.

The Ghost Of Queens Park is available at the Henderson retail store and online shop while supplies last.