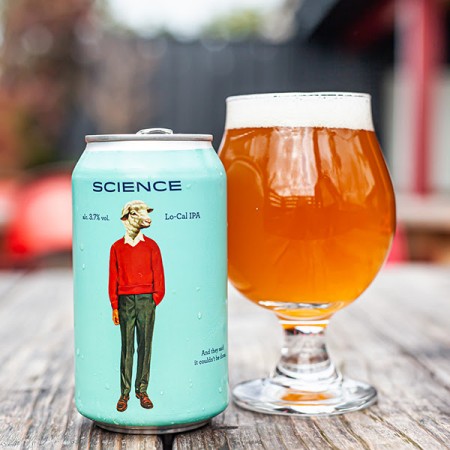 SARNIA, ON – Refined Fool Brewing has announced the release of “a low calorie beer that doesn’t skimp on flavour.”

After dozens of controlled experiments and failed hypotheses, we finally brewed up Science. It’s a citrusy delight that’s aromatic, light, and incredibly easy drinking. It’s also only 90 calories, so go ahead and have a couple. Don’t be surprised to see your beer belly subside into a paunch, and then a pot-belly, and then an 8-pack. It’s Science.

Science is available now at both Refined Fool locations, and via the brewery’s online store.