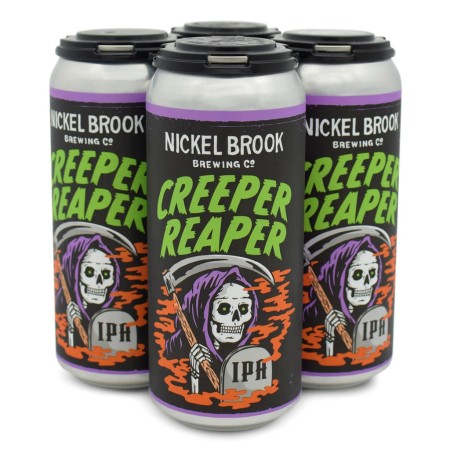 BURLINGTON, ON – Nickel Brook Brewery has announced the release of the latest in its monthly Funk Lab series of limited edition beers.

It’s spooky season and our brewers were feeling the Halloween spirit when they conjured up this sinister IPA. Made with Sabro, Citra, and Mosaic hops, Creeper Reaper is bursting with so much flavour that even Death himself will stop in his tracks to admire it. With a colour as bright and welcoming as the light at the end of the tunnel, it invites you to take a sip and enjoy notes of pine and coconut rounded out with grapefruit and jackfruit.