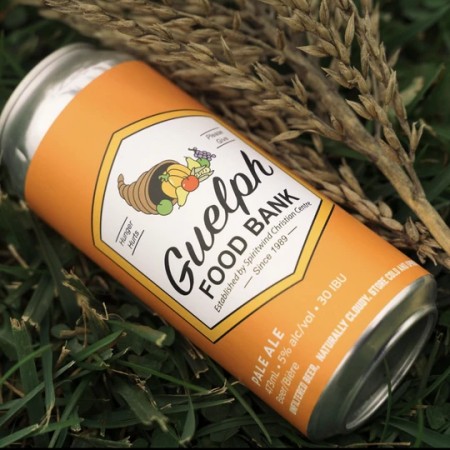 This dry-hopped Pale Ale pours like hazy orange juice with a big fluffy head. The nose is full of tangerine, lemon pith, pineapple, and mango. The taste follows the nose, with big tropical notes along with some orange highlights. Fruity and refreshing!

Guelph Food Bank Pale Ale is available now in the Royal City retail store and online shop, with 50 cents from each can sold going to its namesake organization.