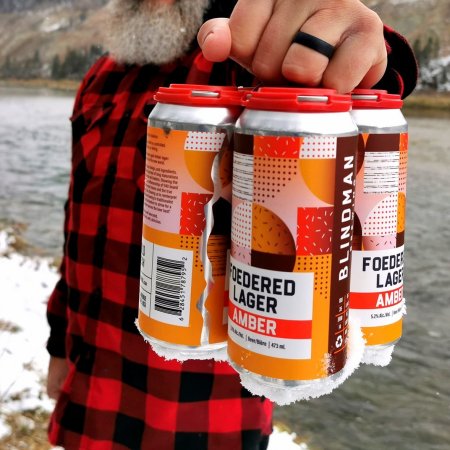 LACOMBE, AB – Blindman Brewing has announced the second in its series of foeder-aged lagers.

Foedered Lager: Amber (5.2% abv) follows the previously released Vienna, and is described as having “a light caramel malt and vanilla oak presence – the latter coming off 96 days hanging out in Woody Barrelson (yep, we like to name stuff).”

Foedered Lager: Amber will be available tomorrow (October 22nd) at the Blindman Brewing retail store and online shop, and soon at select beer retailers in Alberta.