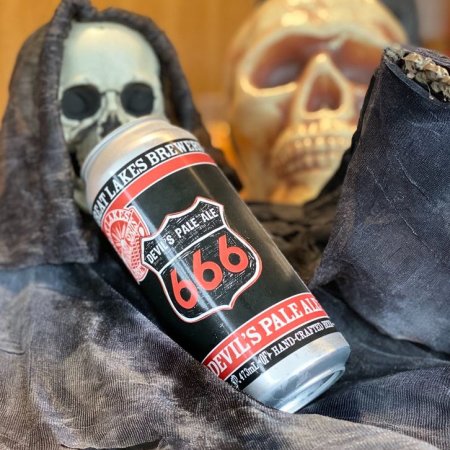 TORONTO, ON – Great Lakes Brewery has announced the return of a former core brand that is now “brought back each year to celebrate the spooky weeks leading up to Hallowe’en.”

Devil’s Pale Ale (6% abv) made its debut at the Toronto Festival of Beer in 2006, and became a full-time beer for the brewery until its retirement in 2015. It was brought back the following year for a limited 10th anniversary run, and is now an annual release each October.

Often called “666” due to the logo on its can, Devil’s Pale Ale is described as follows:

Brewed with 6 select malts and 4 premium hops, it has a rich mahogany colour, bordering on brown! The wonderful hop forward aroma is revealed even before your first sip and offers notes of grapefruit and pine, followed by a hearty malty body, and culminating with a pronounced bitterness.

Devil’s Pale Ale will go on sale tomorrow (October 22nd) at 6:30 PM via the Great Lakes online shop, with in-person sales at the brewery retail store launching on Friday.