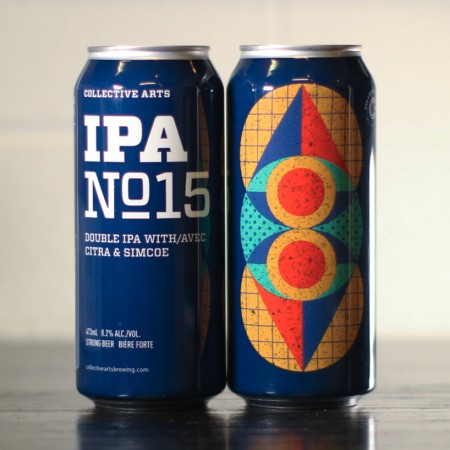 HAMILTON, ON – Collective Arts Brewing has announced that the latest release in its ongoing numbered series of limited edition IPAs is now available.

IPA No. 15 (8.2% abv) is actually a revival of IPA No. 5, one of the most popular previous editions in the series, and is described as follows:

This DIPA is made with massive amounts of Simcoe and Citra hops, which are bursting with notes of bright grapefruit citrus, juicy tropical mango and passionfruit, with pleasantly dank, piney undertones.

IPA No. 15 is available now at the Collective Arts retail stores in Hamilton and Toronto, and for delivery orders via the brewery online shop. Distribution to beer retailers in markets where Collective Arts beers are available will follow soon.