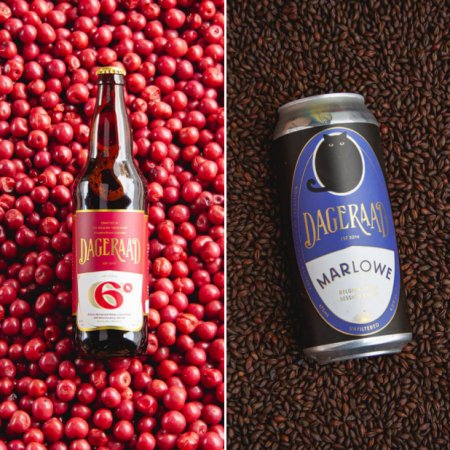 BURNABY, BC – Dageraad Brewing has announced the release of a new beer, and the return of an old favourite.

Marlowe (4% abv) is a new Belgian-style Session Stout, which the brewery explains as follows:

6° (7% abv) is a lightly soured Dubbel with Montmorency cherries that was originally available in 2018, and skipped a planned return last year due to a poor harvest of cherries at the brewery’s preferred supplier. The new edition is described as “a touch more sour than the original, which makes the mouth water a little, which causes thirst, which might cause the drinker to forget they’re quaffing a 7% alcohol dubbel.”

Both beers are available now in the Dageraad retail store and online shop.