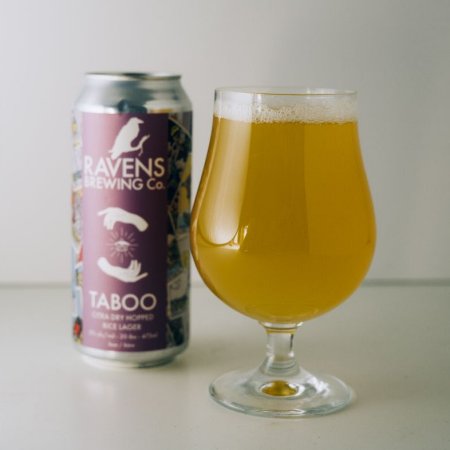 ABBOTSFORD, BC – Ravens Brewing has announced the release of a new limited edition dry-hopped lager.

It starts with creating a traditional rice lager base with large amounts of flaked rice are added to the kettle of conventional lager grains. Generous amounts of Citra, Amarillo, and Simco are added to the whirlpool and again during fermentation. Citra is this show’s star, imparting fruit aromas and flavours into this deliciously crisp lager.

Taboo is available now in 473 ml cans at the Ravens Brewing retail store, and soon at select private liquor stores.