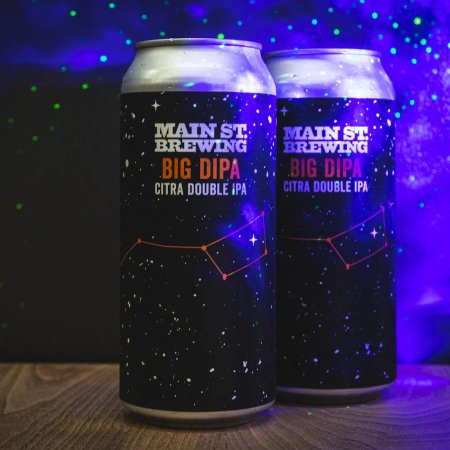 VANCOUVER, BC – Main Street Brewing has announced the release of the first in a new series of space-themed IPAs.

The series will continue in November with Cosmic Dancer Australian IPA, and two further instalments will follow in December and January.

Big DIPA is available now in the Main Street Brewing retail store and select BC Liquor and private retailers.