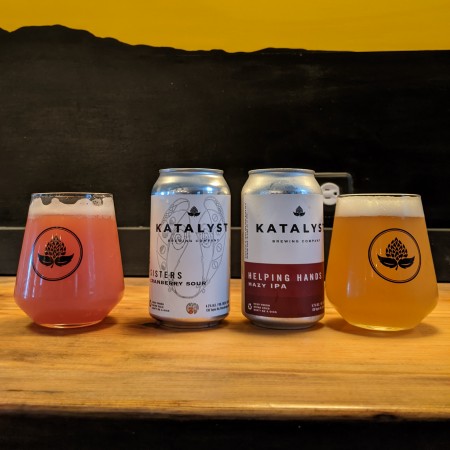 A hazy IPA dedicated to those who have consistently showed up and helped us through this mess that 2020 has been so far. This beer was generously dry-hopped with Mandarina Bavaria, Hallertau Blanc, CTZ and Idaho 7, resulting in a massive tropical and stonefruit character.

Both beers are available now at the Katalyst Brewing taproom/retail store and online shop, which is offering free shipping across Ontario for orders of $75 or more.