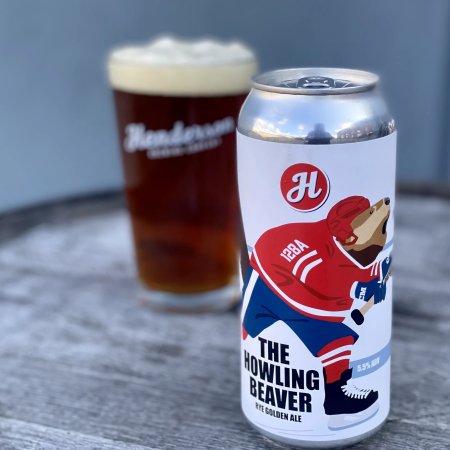 TORONTO, ON – Henderson Brewing has announced the release of a new limited edition beer.

The Howling Beaver Rye Golden Ale (5.5% abv) is “smooth with rich malt notes and refreshingly crushable,” and has the following backstory for its name and label:

To celebrate this unique Canadian style, we paired one of Canada’s national animals with Canada’s favourite sport. Howling like a wolf, this beaver is psyching himself up for a win against the Yodelling Polar Bears in order to meet the Wailing Moose in the finals next week.

The Howling Beaver is available now in 473 ml cans at the Henderson retail store and online shop while supplies last.