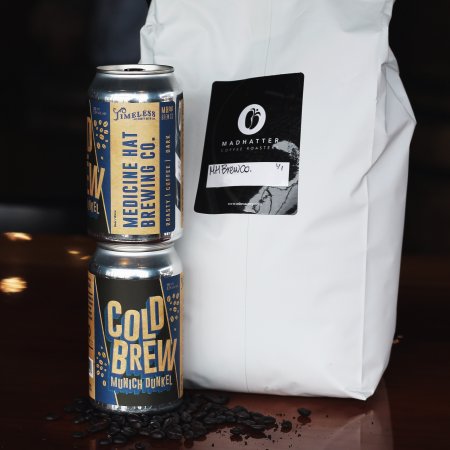 Our friends at Madhatter Coffee and Roastery were kind enough to fresh roast a batch of fair-trade Honduran coffee beans to infuse this brew. Munich Dunkel was recirculated through out hop torpedo loaded with the delicious beans imparting the smooth flavours and aromas that meld seamlessly with this dark lager.