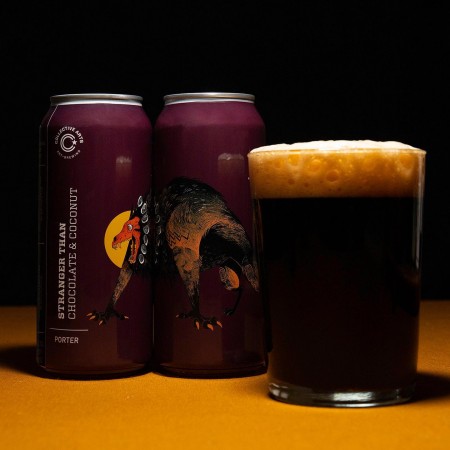 HAMILTON, ON – Collective Arts Brewing has announced the release of a new flavoured variant of one of its year-round brands.

Stranger Than Chocolate & Coconut Porter (5.5% abv) is described as follows:

The decadent chocolate character of our Stranger Than Fiction Porter is turned up to 11 in this limited release brew with an infusion of sweet cacao! We then paired it with loads of toasted coconut, giving it a whole new level of flavour and creaminess.

Stranger Than Chocolate & Coconut Porter is available now at the Collective Arts retail stores in Hamilton and Toronto, and for delivery orders via the brewery online shop.