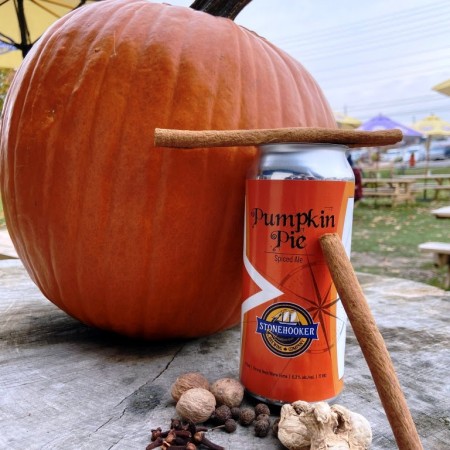 MISSISSAUGA, ON – Stonehooker Brewing has announced the release of a new seasonal beer for autumn.

Made with real pumpkins, cinnamon, ginger, nutmeg, cloves and allspice, this beer is a Pumpkin Pie in a glass. A special blend of malts give you pie crust flavours. Put it all together, and behold the Pumpkin Pie Spiced Ale.