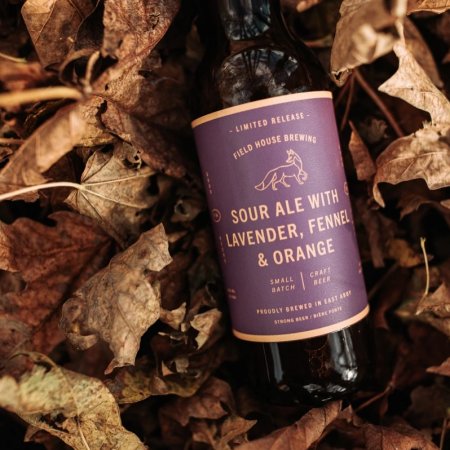 Brewed with Lavender and Fennel hand-grown on our farm, this beer features a malty amber base, lending notes of caramel and dark fruit which we complemented with sweet orange peel. The acidity produced from our sour culture cuts through and balances the sweet fruit notes, while the farm-grown lavender and fennel add a fresh herbal complexity. A truly seasonal sour ale.

Sour Ale with Lavender, Fennel & Orange will be released tomorrow at the Field House taproom and retail store, and can be pre-ordered now via the brewery’s online shop.