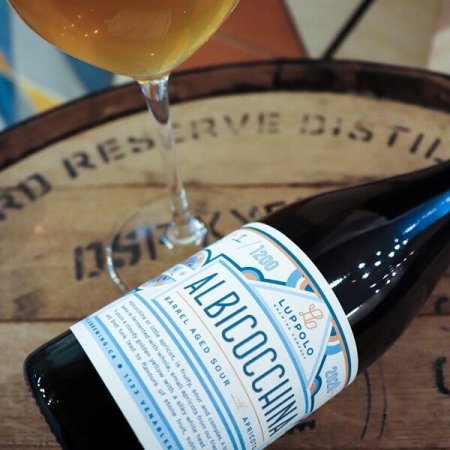 VANCOUVER, BC – Luppolo Brewing has announced the release of the first in a series of four limited edition barrel-aged beers that will be released weekly in November to mark the brewery’s 4th anniversary.

Albicocchina (7% abv) is a barrel-aged sour ale described as follows:

Albicocchina, or little apricot, is fruity, sour, and complex. A blend of barrel aged beers re-fermented with whole, small apricots from our friends’ farm in Naramata. It pours a cloudy golden yellow with a silky white head. Aromas of fresh apricot and Brett funk lead to flavours of stone fruit, subtle oak and bright acidity.

Albicocchina will be available starting at 5:00 PM today (November 3rd) in bottles and on tap at Luppolo. It can also be ordered for home delivery via Beervan.ca, and will be in stock soon at select local liquor retailers.