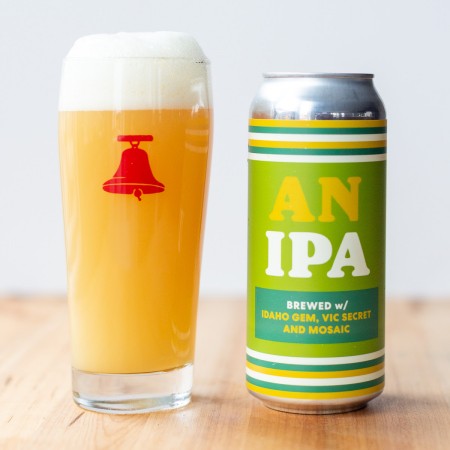 TORONTO, ON – Bellwoods Brewery has announced the release of latest edition of An IPA, a series brewed at its Ossington location that “acts as a creative outlet for all things IPA.”

An IPA with Idaho Gem, Vic Secret & Mosaic (7.3% abv) was brewed using the listed hops, and is described as follows:

In this batch we explore a slightly less dry, rounder hoppy beer. We chose a new (to us) yeast that’s less attenuative, modified our grain and water bills, and dosed it with the same massive dry hop that all our IPAs receive. The resulting beer finishes a little higher, with super aromatics and a soft mouthfeel – in short, it smells and tastes very yummy.

An IPA with Idaho Gem, Vic Secret & Mosaic is available now at both Bellwoods retail stores and the brewery’s online shop while supplies last.