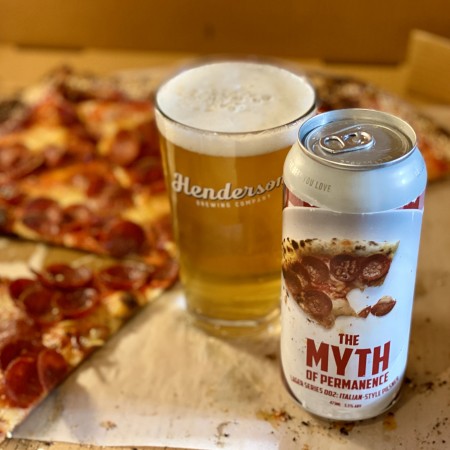 TORONTO, ON – Henderson Brewing has announced the second release in The Myth of Permanence, a year-long monthly series dedicated to exploring the many styles of lager.

The Myth of Permanence 002: Italian Pilsner (5.2% abv) is designed to pair with the pizzas from General Assembly, and is described as follows:

Soft and complex, Italian Pilsners stand out as having more complexity and depth than their German counterparts. This beer is an aromatic and clean Pilsner with classic European hops character. Dry hopped with Tettnanger and Saphir.

Italian Pilsner is available now at the Henderson Brewing retail store, and via the brewery’s online shop where pre-made frozen pizzas from General Assembly can also be included with your beer order.