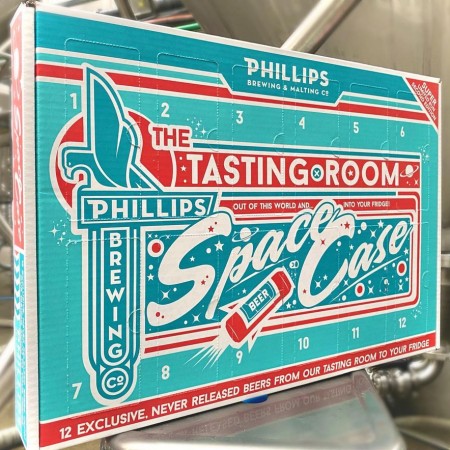 Our brewer’s imaginations have been running wild with all the experimental brews they’ve been crafting for our Tasting Room. All that inspiration through fermentation has resulted in this batch of twelve completely unique brews that are debuting for the first time in this mix pack!

We don’t want to spoil any of the surprises, but there’s a whole galaxy of beer styles awaiting the most intrepid craft-o-nauts. For those of you who haven’t had a chance to pull up a stool in our Tasting Room, we wanted you to experience the fruits of these creative brewing experiments that never get released outside of the brewery.

The Space Case is available now at the Phillips retail store, as well as select private liquor stores in British Columbia and Alberta.