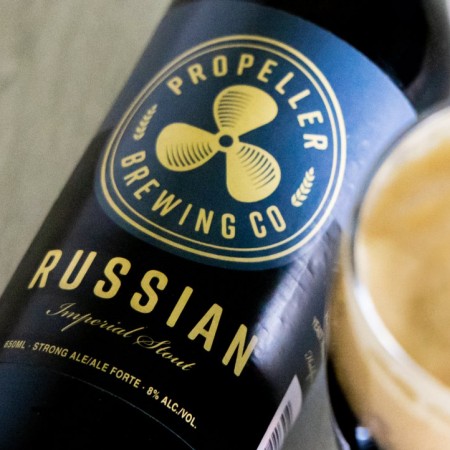 HALIFAX, NS – Propeller Brewing has announced the return of an always anticipated winter seasonal, as well as the launch of a new series of charity nights at the brewery.

Russian Imperial Stout (8% abv) has been an annual tradition for the brewery for many years, and is described as follows:

A dark, strong and bracing brew, with a deep, rich, black colour, the brew improves with age. The alcohol is well masked by intense hop bitterness, extreme roasted malt and dark fruit notes.

Today also sees the first Community Cask Night at the Propeller Tap Room on Gottingen, a biweekly series that will feature “fresh casks dreamed up by the brewing team, and all proceeds will go to a different organization each month.”

Tonight’s cask will be Nocturne Black IPA with Cacao Nibs, and November 20th will offer a sneak peek of a new Propeller beer. Casks are tapped at 5:00 PM, and proceeds for the November nights will go to the Ecology Action Centre.