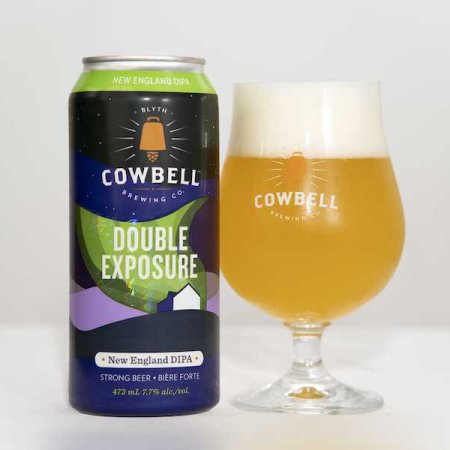 BLYTH, ON – Cowbell Brewing has announced the release of its fourth and final seasonal beer for 2020.

Double Exposure is available now in 473 ml cans in the Cowbell retail shop and online store, and soon at select LCBO stores in Ontario.