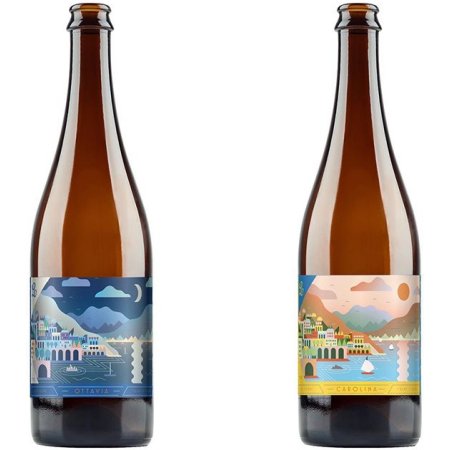 VANCOUVER, BC – Luppolo Brewing has announced details of the second and third in a series of four limited edition barrel-aged beers that are being be released in November to mark the brewery’s 4th anniversary.

Carolina & Ottavia, named after two of the owner’s twin daughters, are complex and playful beers that bring together grain and grape in a nod to the Italian Grape Ale style. Using the same base beers, with varying proportions, these beers were carefully blended to create variations that are uniquely their own. Borrowing process techniques from winemaking to incorporate the use of Pinot Noir grapes with a mixed-culture barrel-aged golden ale allowed us to elevate each ingredient.

Carolina is a blush-hued beer that has a vinous and spice aroma, followed by flavours of pear and rose petal with a citrus pith finish. Carolina is intriguing and sophisticated with balanced acidity.

Ottavia is a ruby-hued beer that has fruit-forward aromas of ripe red berries, followed by flavours of raisin and pepper with a vinous finish. Ottavia is elegant and delicate with subtle acidity and gentle carbonation.

Carolina & Ottavia will be available at Luppolo starting at 5:00 PM today (November 10th) and will be sold only as a two-pack including both beers.

Carolina will also be on tap at Luppolo this week and featured as one of the beer pairings in a special anniversary menu, while Ottavia will go on tap next Tuesday November 17th and will be included in a different pairing menu.