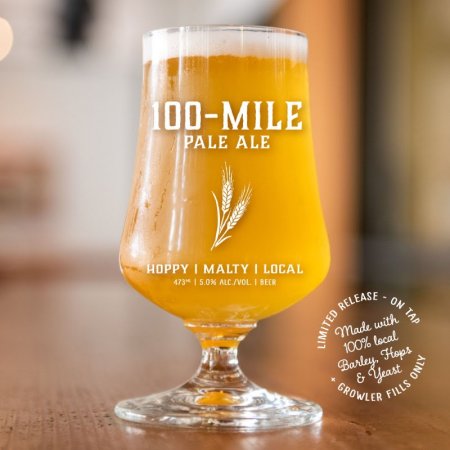 VANCOUVER, BC – Strange Fellows Brewing has announced the release of a new beer with a local focus.

100-Mile Pale Ale (5% abv) was brewed in response to a challenge to B.C. breweries from online news magazine The Tyee to brew a beer using only ingredients grown within a 100-mile radius. It’s described as follows:

This truly local beer was brewed with barley from our friends at Locality Malt & Brewing in Langley, hops from Bredenhof Hop Farms in Abbotsford, and a yeast culture from Bright Brewers Yeast at UBC. Unlike so many modern IPAs and Pale Ales the hops bring less ripe fruit and more earth, citrus peel, orange, and resin flavours. The malt backbone is responsible for the round body and subtle sweetness that balances these hop characteristics.

100-Mile Pale Ale is on tap now at Strange Fellows for glasses and growler fills while supplies last.