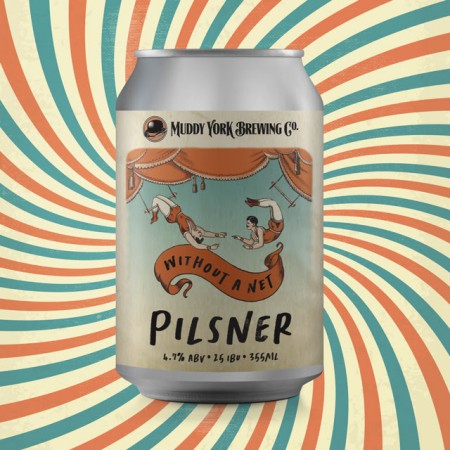 TORONTO, ON – Muddy York Brewing has announced the release of a new beer featuring a brand new hop variety.

Without A Net Pilsner (4.7% abv) is described as follows:

Our friends at BSG Canada swung by and offered us HORT9909, a new, still under analysis, experimental hop and we leapt at the chance to brew with it. HORT9909 is a hybrid of Europe’s noblest varieties, Hallertau & Saaz, that has been cross bred with a wild German variety and then transplanted to the southern hemisphere in New Zealand. We made Without A Net Pilsner to help BSG better determine it’s characteristics. Preliminary trials suggest forward citrus characters of lemon and lime with a spicy background, keeping in line with it’s noble parentage.

Without A Net is available now in 355 ml cans in the Muddy York retail store and online shop.