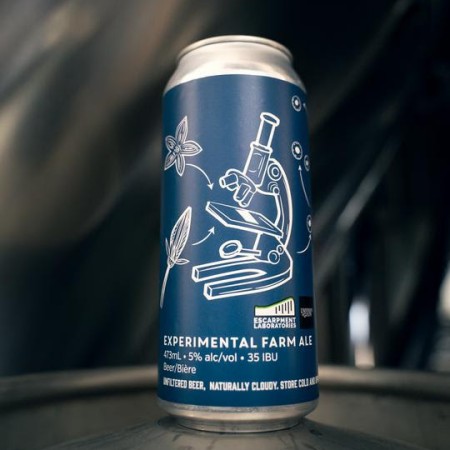 We’ve teamed up with the University of Guelph and our good friends at Escarpment Labs to create the Experimental Farm Ale. Don’t let the name fool you, this is a pretty straight down the line, refreshing pale ale with a slight haze and a crisp bitterness. The “Experimental” side comes from the yeast we used in the brew – which was isolated from a squash flower which was grown at The Guelph Centre for Urban Organic Farm. So its fair to say that this brew is truly one of a kind!

Experimental Farm Ale is available now in the Royal City retail store and online shop, with 50 cents from each can sold going to ARCH Guelph which provides resources and support to people in the area who are living with, affected by, and at risk of HIV and AIDS. T-shirts featuring the label artwork are also available at the brewery, with $5 from each one sold to be donated to ARCH.