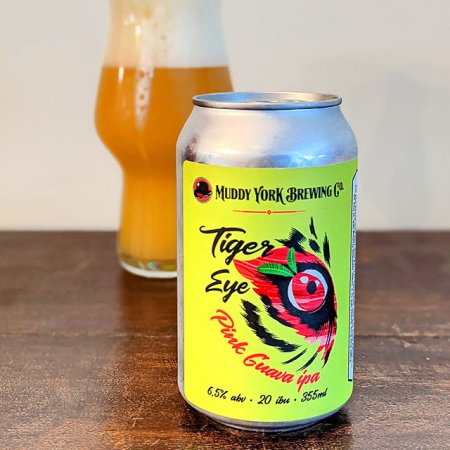 TORONTO, ON – Muddy York Brewing has announced the release of its newest limited edition beer

If you tried the Tiger Eye Mango IPA some months back, you should set your sights on Tiger Eye Pink Guava IPA! Even if you didn’t try the Mango version, you should probably give it a go anyway. It’s a super luscious IPA, made with an ample amount of pure fruit purée. It has an incredibly silky and soft mouthfeel, roaring with ripe pink guava and the bright tropical notes of a complex hop blend consisting of Azacca, El Dorado, Idaho Gem and Loral hops.