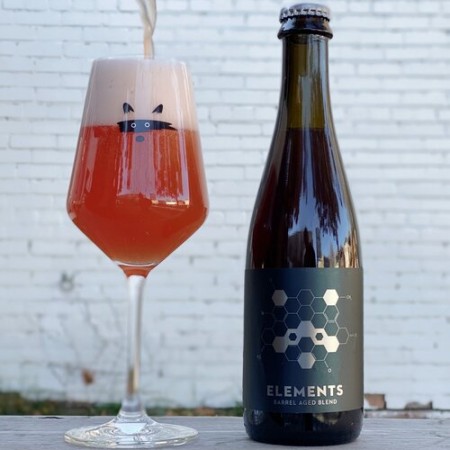 TORONTO, ON – Bandit Brewery has announced the release of the latest in its Elements series of barrel-aged blended ales.

The newest release in this barrel-aged series is a blend of two one-year old neutral oak barrels of Golden Ale fermented with harvested wild yeast and refermented on cherries. Nice and strong Pediococcus acidity that blends perfectly with the tartness of the cherries, with a subtle touch of Brett.

Elements #7 is available now at the Bandit Brewery retail shop and online store.