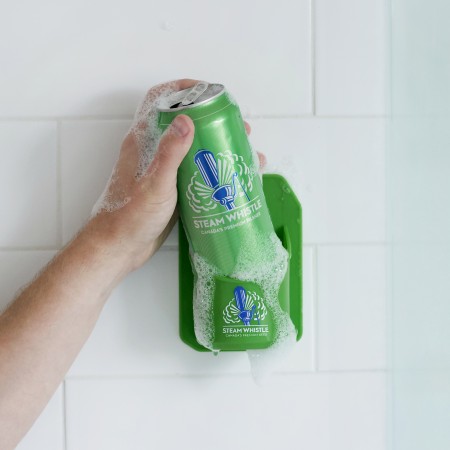 TORONTO, ON – Steam Whistle Brewing has announced the release of a new gift pack that helps answer the question of “where do you put your shower beer when you are lathering up?”

Made from high-quality silicone, the functional and fun Steam Whistle Shower Caddy adheres easily to a smooth, flat surface and can easily hold either a short or tall can of Canada’s Premium Beer. (We do not recommend taking a bottle into the shower, as accidents do happen, and that is one of the last places where you want to be picking up broken glass.)

The Steam Whistle Shower Caddy Gift Pack is available now for $26.95 at LCBO locations throughout Ontario.