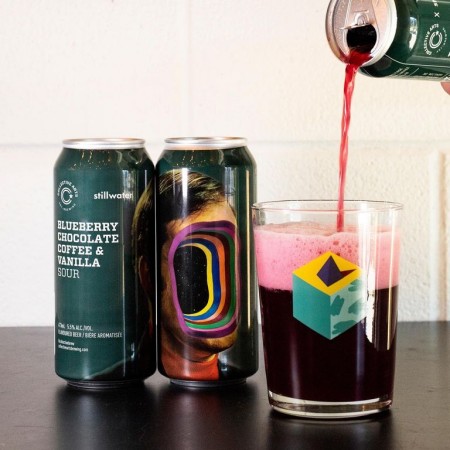 HAMILTON, ON – Collective Arts Brewing has announced the release of a new collaboration with Stillwater Artisanal.

Stillwater Artisanal, check. Blueberry, Chocolate, Coffee and Vanilla, check. You’re damn right we’re unleashing this flavour bomb with one of the most creative forces in the beer industry. Blueberry is sweet and tart and heightened to new levels with the bright acidity and roasty chocolate notes emphasized by Detour coffee and Cocoa.

Blueberry Chocolate Coffee & Vanilla Sour is available now at the Collective Arts retail stores in Hamilton and Toronto, and for delivery orders via the brewery online shop.