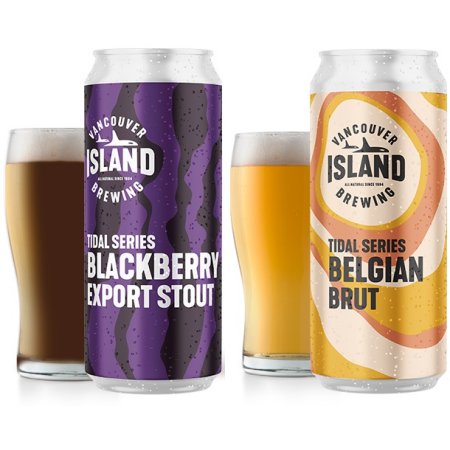 This rich and robust export stout proudly showcases BC grown blackberries. Dark chocolate and blackberry sweetness play off each other to create a well-balanced and delicious ale. Pairs perfectly with warm brownies or enjoyed on its own cozied up by the fire.

You never know what the tide will bring in. This dry, bubbly and brilliantly clear Belgian Brut is a hybrid of old world flavours and new world methods. Pairs perfectly with seasonal celebrations or shared with a friend after a day exploring the great outdoors.

Both beers are available now at the VIB taproom and retail shop, as well as select beer retailers in British Columbia.