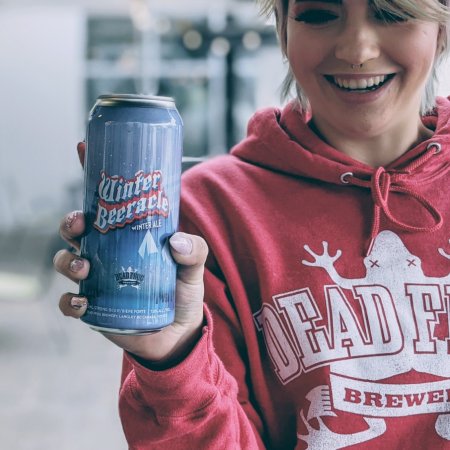 LANGLEY, BC – Dead Frog Brewery has announced the release of the 2020 edition of its holiday seasonal beer, which has a new recipe and style each year.

Winter Beeracle 2020 (7.5% abv, 24 IBU) is described as “a warm winter ale with rich chocolate malts, salted caramel, and a hint of mocha on the finish.”

Winter Beeracle 2020 was released this past weekend alongside four other returning seasonals – Black Frost Dry Hopped Porter, Frostbite Winter IPA, Neon Moon Black Lager, and Super Fearless Imperial IPA – and will be available at the Dead Frog retail store and select beer retailers in British Columbia through the winter months.