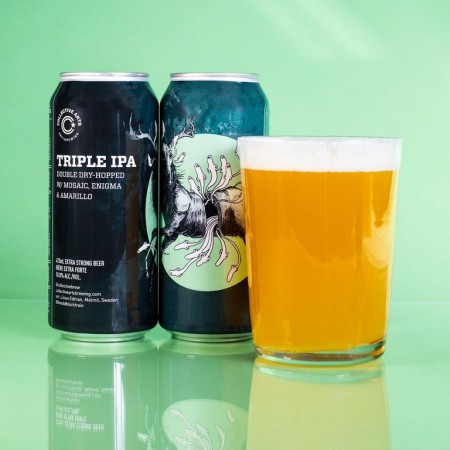 HAMILTON, ON – Collective Arts Brewing has announced the release of a new beer that “is not for the faint of heart.”

This local release is packed with hops that beautifully combine with the slight warming alcohol of its 10% ABV. Loaded with a 20g/L dry hopping of Enigma, Mosaic, and Amarillo, this triple threat is bursting with notes of juicy red berries, oranges, and mango.

Triple IPA is available now at the Collective Arts retail stores in Hamilton and Toronto, and for delivery orders via the brewery online shop.