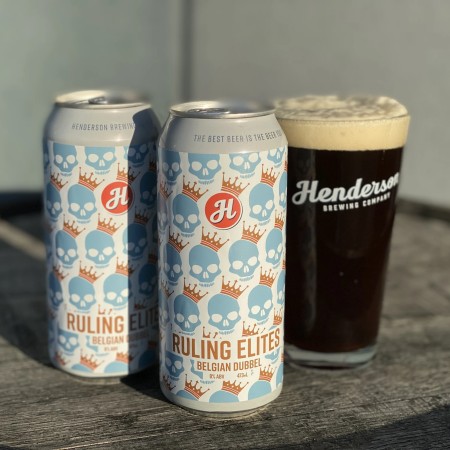 TORONTO, ON – Henderson Brewing has announced the release of its take on a classic Old World beer style.

Ruling Elites Belgian Dubbel (8% abv) is described as “a rich, malty Belgian abbey ale with notes of dark fruits and cocoa.” Its name has the following backstory:

Named Ruling Elites after Gambrinus, celebrated as the King of Beer in Belgium, and an icon of beer and brewing. He is credited with encouraging Brussels councillors to grant permits for the brewing and sale of beer. Known best for his love of great beer, we hope this is one he’d like to use for one of his famous toasts.