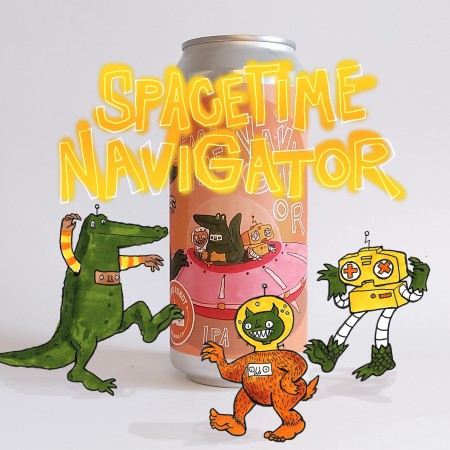 HALIFAX, NS – Good Robot Brewing has announced the release of a new beer that it promises is “a real Yumyum Mindbender”.

Great Scott! This IPA tastes like 1.21 gigawatts of overripe tropical fruit, pine resins and highly unstable plutonium! Explore a new dimension with Robie the Robot and their SpaceTime companions, The NaviGator, Gord the Cat and some of the most terpy hops in the universe; Galaxy, Mosaic, Citra and Mandarina Bavaria.