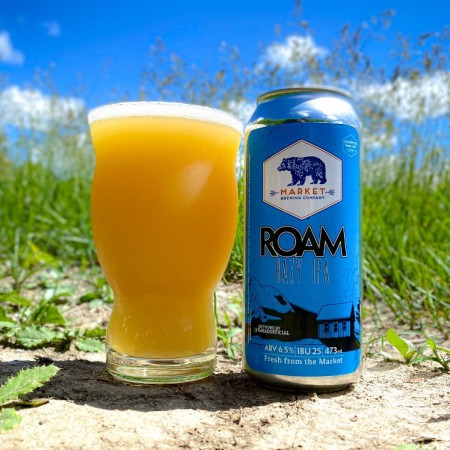 NEWMARKET, ON – Market Brewing has announced that a beer previously available in a couple of limited edition runs is now part of its core line-up.

Roam Hazy IPA (6.5% abv) was originally released last year as a collaboration with Oregon’s Cascade Brewing, and had a brief return over the summer.

Brewed with Citra, Centennial, and Amarillo hops, it’s described as having “citrus and tropical fruit notes of passionfruit, mango, orange, and grapefruit.”

Roam Hazy IPA is officially re-launching today, and will be available year round at the Market Brewing retail store and online shop.