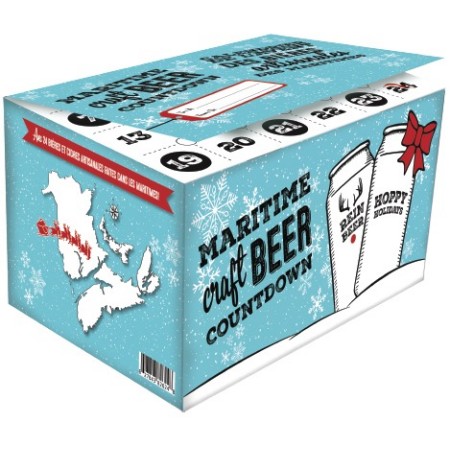 HALIFAX, NS – The 2020 edition of a advent calendar style mixed pack of beers and ciders exclusively from the Maritimes is now available.

The limited edition package – which also includes a free glass – is available now at private liquor stores Harvest Wines & Spirits, WestSide and Rockhead in Halifax/Dartmouth, as well as online via the Harvest web store.