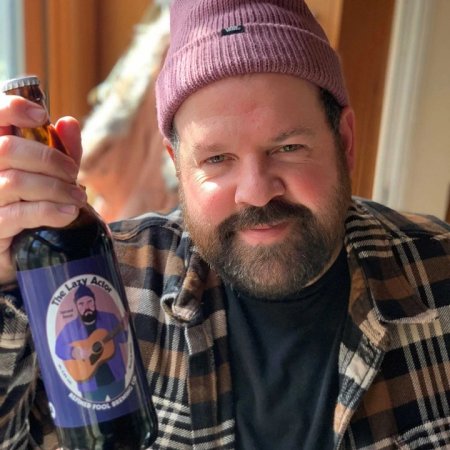 SARNIA, ON – Refined Fool Brewing has announced the release of a new collaboration with singer-songwriter Donovan Woods.

The Lazy Actor Spiced Stout (5.2% abv) is described as follows:

We teamed up with this beloved hometown hero to make a beer called The Lazy Actor, which pays homage to Donovan’s pre-music acting career. This Spiced Stout features a blend of cinnamon, nutmeg, and ginger alongside chocolate and vanilla additions. The result is a smooth, roasty concoction that can be compared to drinking a gingerbread house.

The Lazy Actor is available now at both Refined Fool locations, and the brewery’s online store. Without People, the new album from Donovan Woods, is available to buy and stream now.