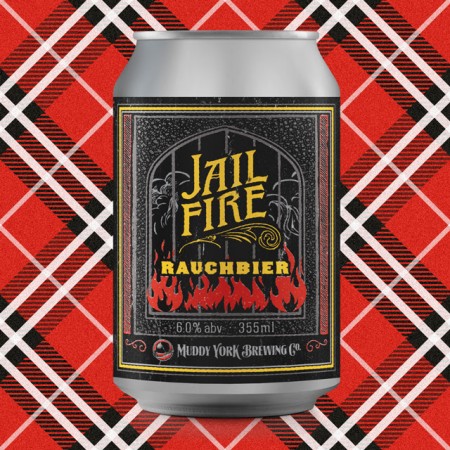 TORONTO, ON – Muddy York Brewing has announced the return of a winter seasonal beer inspired by a bit of local history.

In the winter of 1862, a massive fire broke out during the construction of the new Don Jail. Most of the structure was destroyed. Unfortunately, it didn’t halt building what was to become the most notorious jail in all of Canada. Jail Fire Rauchbier is a smoked lager that highlights malt that’s been smoked over beechwood. Its pronounced smokiness will remind you of campfires and barbeques and will make you grateful you never had to spend a night in the Don Jail.