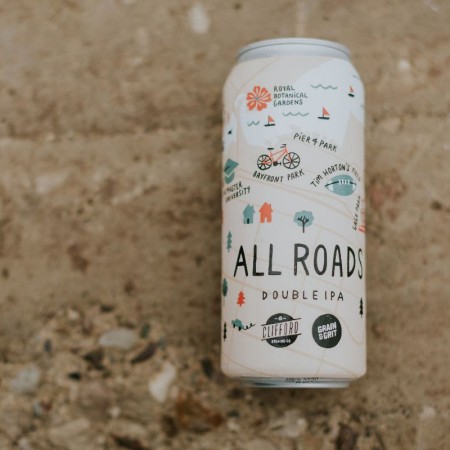 HAMILTON, ON – Grain & Grit Beer Co. and Clifford Brewing have announced the release of a new collaborative beer.

All Roads DIPA (8% abv) is described as follows:

Brewed with Simcoe, Talus, Idaho 7 and Galaxy, All Roads is loaded with tropical flavour. You’ll get notes of papaya juice, mango nectar, ruby red grapefruit, and a touch of sage. The mouthfeel is rich, pillowy, and it dries out fairly quickly. Finishes with long-lasting tropical fruit flavours and a pleasant, clean, lingering bitterness.

All Roads DIPA is available now in the retail shops at both Grain & Grit and Clifford, as well as via their online stores for delivery orders.