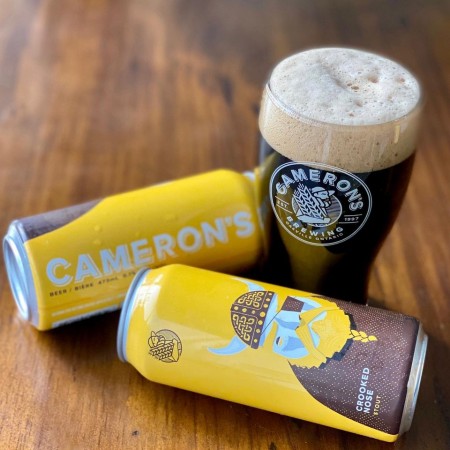 OAKVILLE, ON – Cameron’s Brewing has announced that a beer previously available exclusively on tap is now in cans by popular demand.

Crooked Nose Stout has a rich black body and tanned fluffy head, with the presence of roasted barley and deep cocoa flavour. Enjoyed equally well in a Cameron’s glass or drinking horn in the tenacious style of a warrior. 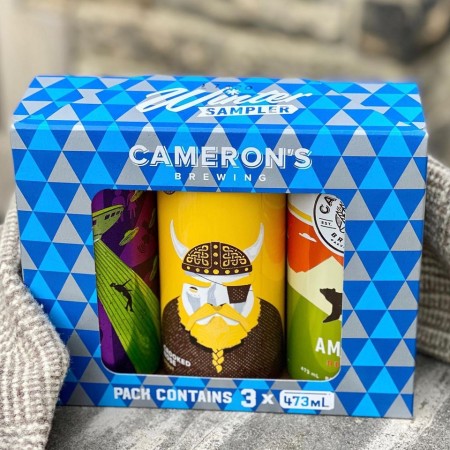 Crooked Nose Stout is available now in 473 ml cans at the Cameron’s retail store and online shop, and is also featured alongside Cruising Through the Galaxy Hazy IPA and Ambear Red Ale in a new Winter Sampler 3-pack available via Cameron’s and at select LCBO locations.