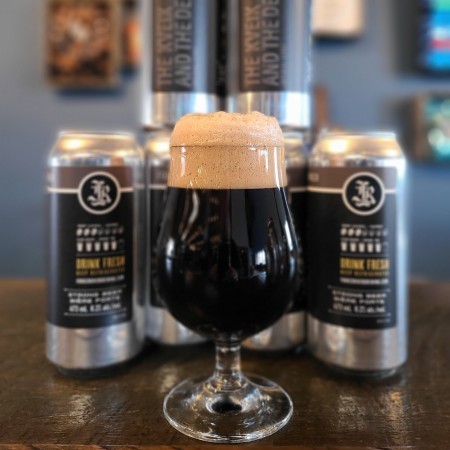 LONDON, ON – Forked River Brewing has announced the release of a new winter seasonal beer.

The Kveik and The Dead (8.2% abv) is described as follows:

Introducing our latest creation with the Norveigan Kviek yeast. The Kveik and The Dead is a big luscious Imperial Stout. Pouring a deep black hue with a dense, well laced lingering mocha head. Deep, dark, layered chocolate, toffee and coffee notes hit up front. Undertones of dried fruits and cherries linger in the background. This one goes down deceptively smoothly.

The Kveik and The Dead is available now at the Forked River taproom, retail shop and online store.