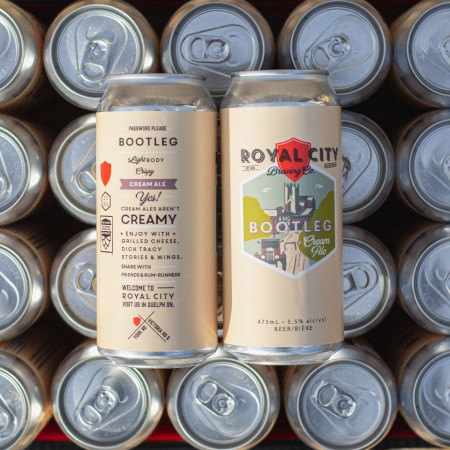 GUELPH, ON – Royal City Brewing has announced the relaunch of a beer that “harkens back to Guelph’s history and their role in supplying Al Capone and the likes with beer during Prohibition.”

We’ve been working on the recipe for Bootleg over the last little while – making tweaks and adjustments to bring this historical style to life. We’ve got it just where we want it now: crisp and clean with the refreshing bite of a lager, while touting the slightly more robust profile of an ale. And now its got a beautiful new label, an homage to those bootleg days now gone.